Lucy and Luca –  Lucy and Luca are cousins, they originally came to the rescue from another rescue organisation as part of a hoarding case. They were both rehomed shortly after to a small holding but neither would settle and became very stressed so after many visits to try and make it work, both cats were returned. Lucy was very timid when she first arrived, had an eye infection and needed some teeth removing. Luca also had an eye infection, was more confident of the two but would become stressed very easily and he started losing some of his hair so after a lot of work using a behaviour modification program and trying different medications for his hair loss they both finally settled and this will now be their forever home. During developments at the cattery, Lucy and Luca had a warm loving feeling towards new cats in our care, they offered a friendly welcome and I noticed they were making our newest resident intakes feel calmer and less stressed so they became our first ever caregiver cats. 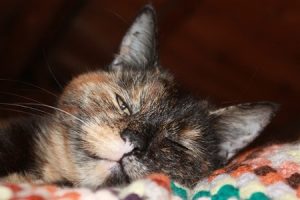 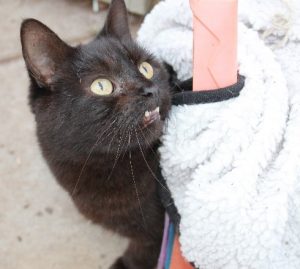